Come and Bring Many 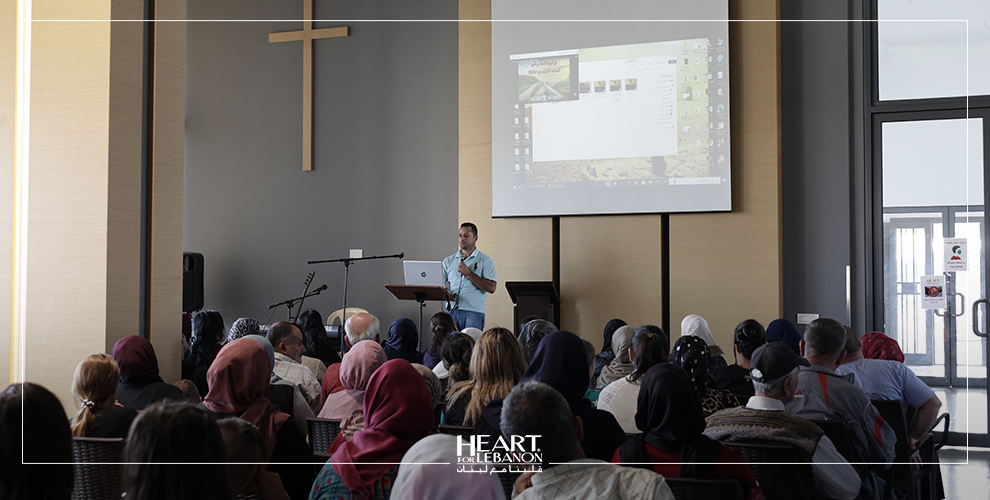 Hasna came to Lebanon from Syria more than 40 years ago. To say that life was difficult for her is an understatement. She was wedded off at a very young age to a man who already had children from a previous marriage. She had a 10-year-old son, a 13-year-old and a 2-year-old daughter when her husband was in a serious accident that left him unable to walk properly. Hasna had to take him around to find doctors that would help heal him. Now, with no source of income, the family was desperate.

Hasna came to know Believers from an Evangelical church in Zahle. This was the first time she was exposed to the Bible and Christianity. She told them of her husband’s ailment, and they prayed with her. His first operation failed. For a whole year, her husband was bed-ridden. The believers prayed and helped, and her husband underwent a second surgery. Though the operation was a success, his heart was unable to process the foreign bodies that were used for his leg. Sadly, one afternoon at their home, he died from complications.

“I was left with our daughters and his children. Not to forget, my husband wedded off his 14-year-old daughter to an abusive man who used to torture her. She had 4 children by him, but life was unbearable and she had to run away. If she had stayed, he would have killed her. She had nowhere to run but to me, her step-mother. I took care of her! I stood-up for her, with the nothing that I had. It was a terrible year! We had no one! I had to send my eldest daughter to work so she can help me win bread. I worked day and night to make ends meet,” she said tearfully.

She started attending the worship gatherings and learning more about Jesus. The team visited her at her home often, and this led her to start attending Bible study. “At church, I learned a lot about Jesus, and I could not keep what I came to know to myself. He became my all in all, and I started telling other ladies in my village about Christ, and their hearts were good soil—the word grew in their hearts,” she said. Seventeen ladies started to come with her to Bible study sessions.

“I was persecuted by those closest to me! I was insulted and confronted on countless occasions; yet, my faith never withered. I told those attacking me that they have not seen nor tasted what I have experienced in Christ’s salvation! Only if they would have gone to church with me would they understand what I was talking about and why I was proclaiming Him!” Hasna said.

“Now, Magdoline, my step-daughter who was abused as a wife is attending every single session with me. The Lord blessed her with a new husband who loves her and allows her to go to church! Not only that, but the Lord gave me a husband as well, and he is very open to the word of God,” she concluded with joy on her face.

The Lord gave Hasna to be an evangelist just like Lydia. She became the key person that through her, many in that formerly closed area came to Christ!

Your Impact in 2022
Comments are closed.