Eight Years Into The Crisis 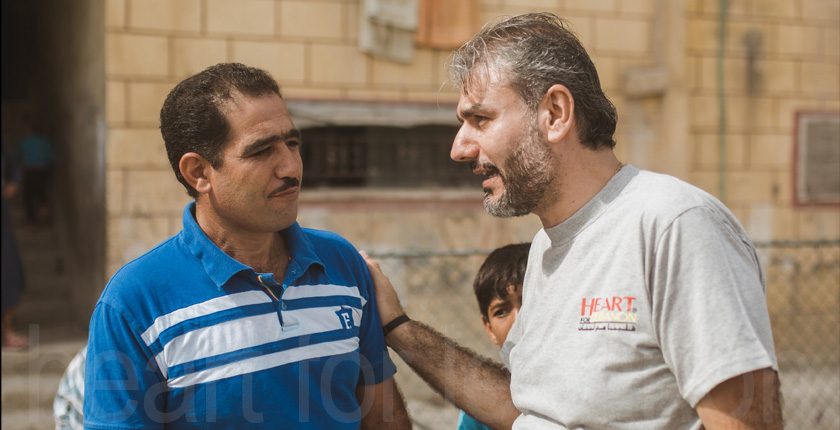 As the Syrian crisis enters its eighth year, (it began March 15, 2011) we find that half of the Syrian population is now displaced. The UNHCR says that there are 5.6 million registered refugees in the region, with children and youth making up at least half of these numbers. OCHA (United Nations Office for the Coordination of Humanitarian Affairs) is reporting that 13.1 million people are still in need of humanitarian assistance.

While official numbers of Syrian refugees in Lebanon are hard to verify, the Lebanese government and many NGOs have said that the number of refugees is closer to 2 million.  With a population of just 4 million, the Lebanese still have the highest per capita concentration of refugees in the world, and have been struggling to accommodate the refugees who have been here 7+ years and continue to make room for new arrivals. It’s still a crisis, and will continue to be one for some time.

About one-third of the refugees (360,000) are located in the Bekaa Valley of Lebanon, most living in small unofficial areas called tent settlements or camps. Large settlements/camps are not permitted by the Lebanese government and as a result, informal settlements of 50 -100 families have become commonplace. The Syrian refugee crisis in Lebanon is deteriorating and over the past few years the number of Syrian refugees living on less than US $3.84 a day has risen from 30% to 70%. The refugees in the Bekaa Valley face extreme poverty more than in any other location in Lebanon.

Many of the camps are still without basic services for children and their families. This includes a proper education for the children who are roaming the tent settlement/camps.  To meet this need, Heart for Lebanon has Hope on Wheels, a mobile ministry traveling from one tent settlement/camp to another on a consistent basis. We also have a non-formal educational program called the H.O.P.E (Helping Overcome Poverty through Education) Program.

What should we do after all this time, what should our response be?

For Heart for Lebanon, we believe this crisis is an opportunity, a gift from God. It’s a matter of how we can appropriately be the hands and voice of Jesus Christ to the people who are living in this broken situation. Like Christ, we are broken-hearted when we hear and see the dire situations these refugees are in. We must definitely help each person, each family, survive and help each child have an education.  We must hold conversations with them and treat them with dignity. We must draw them into a conversation about Jesus. Remember that Jesus came to help the suffering. Children and families enduring hard times are searching for answers and longing for hope. Are we doing enough to show them we really care? We can always do more. We must reach more children and adults and as Heart for Lebanon, we have the capacity to do more.  What we need is more prayer and consistent financial investments. In the meantime, we are adding value to as many as possible by listening to them, all to ensure an environment where God’s Word can easily be heard, accepted, and understood.