Father to the Fatherless 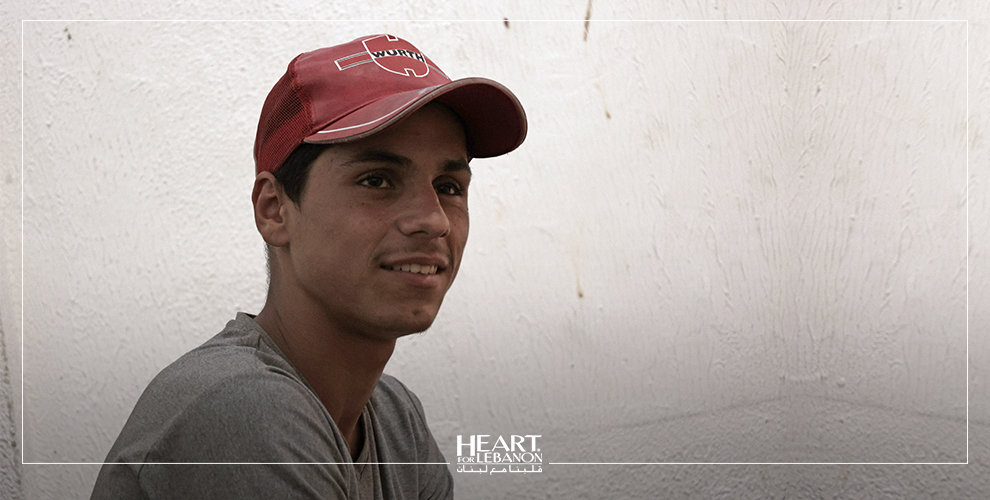 Their building is right by the seashore. It is yellow, and very shabby. It stands alone in a sea of small slum-like houses. The interior is a scene of a war zone, though no war has taken place, nor any bombs exploded in it or nearby. The stairs are littered and rubble fills the corridors. Some levels have no windows or doors, and little bare-foot children roaming around.

When their father died, Diaa and his brother came to Lebanon. Their mother paid a smuggler to get them out of Damascus. At the age of 15, Diaa had to bring his younger brothers to a camp in the south and live there all by themselves. Life in the camp was unbearable, “it was depressing. There was no water, and we were completely alone. We knew no one and we had to live in some sort of isolation. It was very noisy, and some people bullied us,” Diaa said.

They were very young boys, alone, and fending for themselves in a foreign country. Life turned around completely for them. From a warm home with a mother and father in a safe city, to an empty room in a run-down building with no water, electricity, or sanitation.

“Life in Syria was happy. When my father was alive still, life was better; it was normal. We were a family. My father was an officer in the Syrian army. He was leading a battalion up in Northern Syria when ISIS shelled their vehicles. He was instantly killed.”

The boys had to leave their widowed mother and seek refuge in Lebanon. “We had to come to Lebanon to help our mother in Syria. My sisters stayed with her and are currently working in order to make ends meet. They help her clean homes. One of my sisters completely dropped out of school to work and pay the tuition of our youngest sister,” Diaa added.

“Initially, I found work as a waiter at a restaurant. I helped my brothers find jobs too. My mother visited us once, but she was unable to stay due to the bad living conditions we lived in,” Bahaa, Diaa’s brother explained.

As for their dreams, Diaa has one. “I want to work hard to send money back home. I dream of buying a home for my mother, and provide her with a decent life.”

The boys love playing soccer. This hobby was their first point of contact they had with the Hope on Wheels team at Heart for Lebanon. “Our friends told us that there is a Christian organization that had a club program where we can attend and play football. We went and we loved it!”

They enjoyed their time and heard something they have never heard about before: The Bible and Jesus.

They learned that there is a God they can depend on, for He is a God that cares. The boys are learning more about Christ, and they are learning how to pray to Him. Truly, the Lord is the “father of the fatherless… and He vindicates the orphan.”

Helping You Steward Your Resources To Make A Kingdom Impact

If We Stop Today, Then What?
Comments are closed.