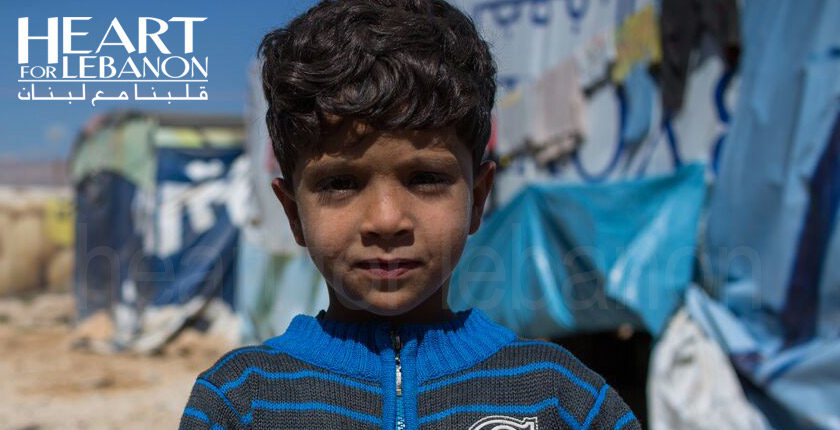 If I had to sum up the trip (with Heart for Lebanon), it can be distilled into these two words: Follow Jesus!

Allow me to explain.

During my week traveling through Lebanon, we packed and distributed 60 pound bags of food and personal hygiene products; we visited three schools with Lebanese Christians who teach hundreds of refugee children who otherwise wouldn’t receive an education; and we listened as multiple families invited us into their homes to share harrowing accounts of escape from all but certain death in their native Syria or Iraq. They were gut-wrenching, heartbreaking real-life stories with unimaginable losses – the loss of homes, livelihoods, national identity, and, yes, in many cases, the lives of loved ones who died trying to escape. Yet, I also witnessed something else. I saw people committed to following Jesus: from young Syrian children, like the 10-year-old who asked deeply profound questions like, “Is the grace that Jesus gives to Christians also available to me as a Muslim?” To the new converts who secretly worship Jesus as they navigate how to deal with losing their family, cultural, and religious identity as Muslims. To the Lebanese Christians who are sold out and put their lives on the line to share the love and truth of the gospel of Jesus with the 1.5 million Syrian refugees in their country. In each of these cases, heartbreak, tragedy, and despair are met with dignity, humanity, and hope through the redemptive, restorative work of Heart for Lebanon.

Their goal is simple: to move people from despair to hope in Jesus Christ by showing compassion and the love of Christ to those who least expect it and, in some cases, least deserve it. After all, that’s what it means to follow Jesus.

That message crystalized for me on our last workday while visiting a school a few kilometers away from the Syrian border. It took us two hours to reach the site from Beirut, and when we finally arrived the first thing I noticed was the Muslim call to prayer blaring in the distance over a loudspeaker. We could still hear the call to prayer as we toured the education center, though muffled a bit since we were indoors. In one classroom, our site host, Bashir, had the teenage children stand up and sing “Lord I Lift Your Name on High.” I stood amazed knowing that most of these children were Muslim singing about Jesus, who “came from heaven to earth to show the way!” We visited another classroom where the students were probably eight or nine years old. They sang a song in Arabic, but it was a tune I immediately recognized – an old hymn song I used to hear as a kid mostly during altar call. When they repeated the chorus they switched to English, but even in their harsh accents the words were clearly discernible as was the passion with which they sang out:

Imagine that moment with me, if you will? In a room full of Muslim children near the Syrian border in a Christian school where they’re singing about following Jesus, while drowning out their own Muslim call to prayer in the distance. It wasn’t planned or scheduled that way, but I do believe it was absolutely providential. The truth of the matter, as the Heart for Lebanon staff will tell you, is while they have seen a degree of success in pursuing their goal – to make disciples by showing the love of Jesus – they also know many of the children and refugee families they serve will not become followers of Jesus. Still, they understand that the children they have the responsibility of training will likely be the generation that rebuilds Syria and when they go back, Heart for Lebanon believes they’ll be less likely to antagonize, harass, or persecute Christians, remembering that it was the Christians (or Jesus followers) who cared for them when no one else would.

To date, an estimated 1.5 million Syrians have flooded into neighboring Lebanon, the largest per capita host of refugees worldwide. The founder of Heart for Lebanon, Camille Melki, described them as broken and vacillating between confusion and betrayal as they try to reconcile how their current lot as refugees with a home country that’s no longer hospitable, let alone recognizable, to them is the result of infighting within their own religion, pitting Muslims against Muslims and leaving hundreds of thousands dead and millions more displaced. Camille notes evangelicals have prayed fervently to minister to the unreached people groups for decades. And now the very people whom he could not dare to reach prior to the birth of ISIS and the Arab Spring now happen to be in his back yard. “How can I not serve them?” he asked. “This is an unprecedented opportunity to share the gospel! God is redeeming the disastrous situation in the Middle East.” Then he made a compelling observation: “They’re in your back yard, too, you know. What are you doing?”

No matter the response or how legitimate the counterargument, we are called to go into all the world and make disciples. Whether we like it or not, the world is literally right here – in our neighborhoods – and the harvest is plentiful. Yet because of excuses, fear, and division, I believe Jesus’s words still ring true today: the laborers are few. Recall how Jesus asked Peter, “Do you love me?” After raising the same question a third time, a wounded Peter responds, “Lord you know all things; you know that I love you.” Jesus then answers, “Feed my sheep.” (John 21)

Following Jesus comes with a cost. It usually is counterintuitive. It may seem illogical or appear to go against the grain. But following Jesus is about counting the cost, forsaking all, and heeding the call to make disciples and to be known by our love. Whether it’s volunteering at your church, leading a prayer or community group, feeding the homeless, ministering in nursing homes or a nearby jail or prison, forgiving and loving your enemies, assisting a recently resettled refugee family, or simply sharing your testimony with a neighbor, friend, family member or colleague, will you join me in saying yes? To not shy away but to follow Jesus no matter where he leads and to declare “no turning back; no turning back!”