GOD OWNS IT ALL. REALLY? 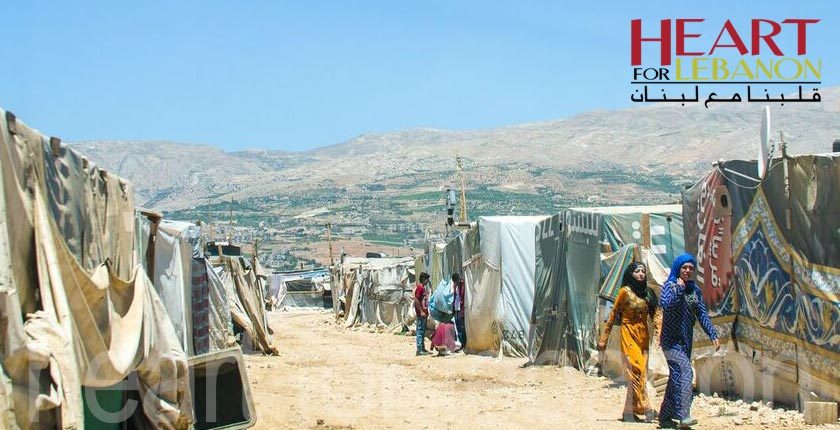 This is a guest blog by Brad Hulse.
Brad has been to Lebanon to visit Heart for Lebanon’s work, attends one of their supporting churches, and is a financial planner by calling.

For all of the years I have been in the financial services industry, I have been a Christian. And had you asked me at any point along the way, “does God own it all?” my answer would have been: “Of course, the Bible tells us that!”

But the word of God also tells us in Proverbs 17:3: “The crucible for silver and the furnace for gold, but the Lord tests the heart,” and a major test of my heart came on September 29, 2008.

By that date, the U.S. stock market had already entered official “bear market” territory, dropping more than 20% from its all-time high, triggered by the recent bankruptcy of Lehman Brothers. Worse for my family, at a personal level, was that a significant portion of our household net worth was tied up in my company’s stock, which lost more than 90% of its value during this time.

On September 29, 2008, the U.S. House of Representatives considered, and voted down, the government’s proposed bailout program known as TARP (Troubled Asset Relief Program). Within minutes of the vote, the market plunged, with the Dow closing down 777.68 points. At that point, it was the single largest point-drop in U.S. history. I came home that evening, still steaming over what I saw as the incredible ineptitude of our political leadership as evidenced by the vote and its immediate consequences. The American financial system was on the verge of collapse, and I for one wanted action from our government.

When I arrived home on that beautiful fall day, my wife was in the driveway talking with our next-door neighbor, so I stopped to say hello. One of them made the “mistake” of asking me how my day was, and I went off on a grumbling rant about how ignorant and foolish our elected officials were and how America was on the verge of financial collapse if this legislation did not pass. The next morning, during my devotions, I felt God’s spiritual tap on my shoulder. I felt the Spirit asking the question: “Brad, I thought you claimed to believe I was sovereign, that I was in control and that I owned it all, but it sure sounded like on Monday you thought everything was up to your elected officials.” What God revealed to me that day was I had an intellectual belief that He owned it all, but it was not a guiding principle of my heart.

My sin of idolatry was exposed and it was embarrassing. I did apologize later to both my wife and my neighbor, and more importantly, I confessed my sin to God and asked him for genuine faith to believe (and act in a matter consistent with the belief) that He truly owned it all. The tests of the Lord are not so He can see how we will respond. He already knows. The tests are for us to learn about our own hearts, so that we may understand the depth of our need for the Lord— and if necessary, confess and repent of sin— and grow up and mature in the faith. A study note in my NET Bible observes, “The participle בֹּחֵן (broken, “tests”) …takes on the connotations of the crucible and the furnace. When the Lord “tests” human hearts, the test, whatever form it takes, is designed to improve the value of the one being tested. Evil and folly will be removed when such testing takes place.”

I wonder how many Christians are walking through life with the same inconsistencies of in their value systems, as it relates to finances: who owns them and who is the steward? A “gut check” might be in order. As I have learned and am still learning, to say you believe is one thing, but when we live in a manner inconsistent with that belief, there is a dissonance that is created and is evidenced by feelings of fear, anxiety, anger, jealousy, guilt, resentment and/or envy (to name a few) when faced with a challenging financial circumstance.

Perhaps it will surprise you to learn that the God’s word has a lot to say about money? I would like to invite you to join Heart for Lebanon’s year-end investing campaign. I agree this is really is a defining moment for Christians.

This might be the right time for you to donate stocks or appreciated assists.
Please contact Stewardship@HeartforLebanon.org.