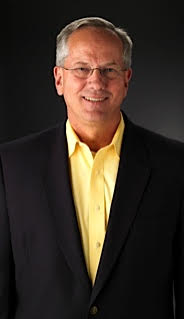 When we use the word “refugee” we are using a word that was officially changed to “displaced persons” after World War II, purposely pointing blame at the vile axis of powers that displaced them.  The sobering news is that the number of displaced people fleeing the conflict in Syria has topped five million. It’s a devastating reminder of the urgent need for continued prayer and humanitarian assistance that will not stop anytime soon.

When you look at the Syrians that are displaced inside Lebanon, many ideas and misconceptions are talked about. In the end they only become guesses as to the depth of individual pain, the length of the displacement, and how best to help them survive long term in their current unique situation inside Lebanon.  I need to keep reminding myself that today’s Syrian displaced people in Lebanon cannot and should not fit under some of our more traditional mission models that those of us Mission driven/minded people love to implement and talk about. We must think of the Syrian situation in the context of the unique situation in Lebanon and not jump to our standard conclusions and familiar fixes.

What we do know is that the Syrian displaced people in Lebanon are more vulnerable today than ever, with more than half of the estimated 1.8 million displaced people living in extreme poverty and over three quarters living below the poverty line.  Seven plus years into the crisis, they are finding it even more difficult to make ends meet and are more reliant than ever on international aid. Because of the growing governmental restrictions, three quarters of the Syrian displaced people in Lebanon now live on less than $4 per day, leaving them with dwindling resources to meet their most basic needs.  Chronic illnesses are setting in with no way to pay a doctor for treatment or medicine.  Depression has filled the minds of men and women who used to be able to provide for their families.

One way Syrians in Lebanon are meeting their personal basic needs is making the problem even worse. They are now borrowing money to pay for basic human items such as food and shelter, and do not forget about the cost to cover health expenses as well as other necessities. Those making the loans know that they will not be paid back so the next thing you know young daughters are sitting on the tent floor “working” for this man involved in things they despise and losing more dignity daily.  Almost nine out of every 10 Syrian displaced people are now saying they are in debt underlining the vulnerabilities and the sweeping despair facing most Syrian displaced people in Lebanon. The realities for the Syrian’s in Lebanon make it almost impossible for them to work in Lebanon at any rate close to a livable sustainable wage.

When it comes to Syrian displaced people living in Lebanon, we need to understand that holistic harm (physical, emotional, and beliefs) needs holistic intervention.  Addressing the physical needs of food, shelter, and healthcare are essential first steps in providing holistic help. Emotional support, in large part, must be done through one-on-one conversations addressing their personal, family, and community situations.  This naturally leads the displaced person into a conversation about faith. Their faith has been challenged through the journey of their experiences and they are very open to understand the hope that can be found in Jesus Christ.

When we respond holistically we not only provide the aid that builds and strengthens trust but also helps prevent a long list of negative acts that will cost a fortune over time to fix. Heart for Lebanon uses peace building, reconciliation, positive character traits, and leadership, all straight from a Biblical foundation. Each conversation on any topic is based on trust. It’s the only way to allow people to change.  I am certain, that while this situation is unique and looks bleak, Christians have been given this unique opportunity in World history to do something no other generation has been able to do. We can show and help the Muslim world that sits at our doorstep, about a different role model, based on a relationship with Jesus Christ, Who can be trusted no matter what.

Will you join us and become an important link in this journey of leading Syrian displaced people in Lebanon from despair to hope in Jesus Christ?

www.HeartforLebanon.org is ready to accept your investment.