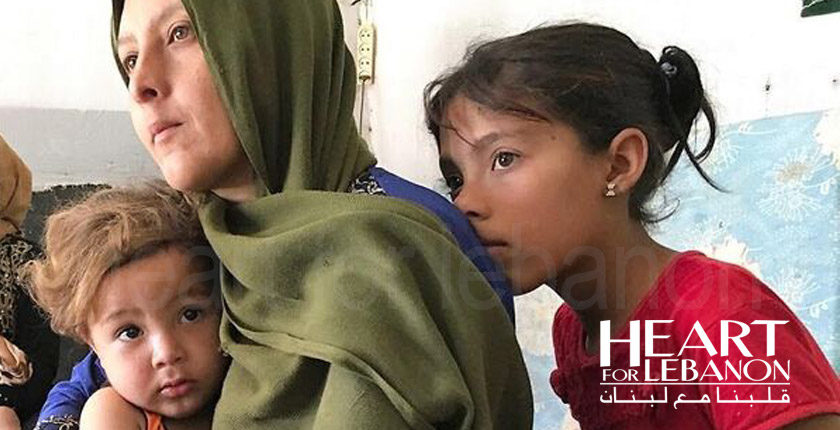 Here in Lebanon there has been much talk recently, both in the media and in the political sectors, about the need to force Syrian refugees to return to their homeland. The Lebanese army, stating security concerns, has issued an eviction notice for 40,000 Syrians to leave their tent settlements in the Bekaa Valley in a week’s time. This eviction notice has been postponed before. But this time, it seems that the army is standing firm in its decision. Politicians on the other hand, and for the sole purpose of gaining a few extra votes in the parliamentary elections (coming up in the Spring), are launching staunch attacks against the presence of the refugee population in our country. Many of them claim that the war in Syria is over and that there are no longer justifiable needs for the refugees to stay in Lebanon. They claim that each family can go back to a safe zone protected by its religious and/or political party.

It seems that everyone is blaming the refugees’ presence in our country for the poor economy, high unemployment, and the increase in crime rate. On the surface, it is easy to believe those allegations. But in reality, if the situation in Lebanon is closely monitored, it becomes obvious to many that our government is trying to escape its decades long failures by blaming others for all our problems. In this case, they are blaming the increasing refugee population. No doubt unemployment is high and the economy is in a critical state; but this has been going on far before the crises in Syria.

It is true that some places in Syria have experienced relative calm in recent months, but the trust factor that the war is over is virtually non-existent. How can one convince, with the lack of a comprehensive peace, a family that has seen it’s loved ones getting killed in front of their eyes that this will not happen again? Who can convince a young man who fled Syria in order not to be forced to join the Syrian army, that once back home, he will not be imprisoned and tortured? Who will assure a mother who has lost one or several of her children to the horrific and barbaric acts of ISIS and other militia groups that her remaining children, especially girls, will be safe again?

It is very easy, for small political gains, to claim that the war in Syria is over and that it is safe for the Syrians to return home. It is very easy to lose track that the vast majority of the refugee population is the real victim of terrorism and instead blame it for the rise of crime rate in the host countries. How can one tell, and in clear conscience, a Christian family from Syria to return home to a safe zone? What safe zones are there for the Christian population in Syria when the country is divided in a ugly sectarian way among Sunni and Shia Muslims? Who will protect the hundreds of thousands of Christians who have no place to go to in Syria?

Most international relief agencies are experiencing serious donor fatigue and humanitarian aid is shrinking quickly. Many governments are tired of dealing with the political and security concerns related to the war in Syria and seem to lose hope that real change is going to take place. This bleak picture cannot dominate the faith-base community. We cannot allow compassion fatigue to creep in nor lose the sense of hope that we have in a better future. Our compassion is driven by our Heavenly Father’s love to those who are suffering the most and our hope is not in the earthly/visual things but rather it is in the hope we have in an eternal everlasting life with our Savior.

Friends, this is our opportunity! The Church has a golden opportunity to show the refugee community that it is not conformed to the ways of the world but rather it has a God-given mandate to love the poor, care for the oppressed, and reach out to the marginalized and rejected. The faith-based community today is called to live up to the challenge. We cannot be crippled by fear but rather motivated by eternal hope. We cannot be driven by our emotions but rather filled by His compassionate heart. We are called to be the Church; a loving, caring, and supporting community. We are called to be a welcoming community; with open arms embracing the many refugees who are accepting Jesus Christ as their personal savior.

You are loved and appreciated!

Hope on Wheels
Comments are closed.