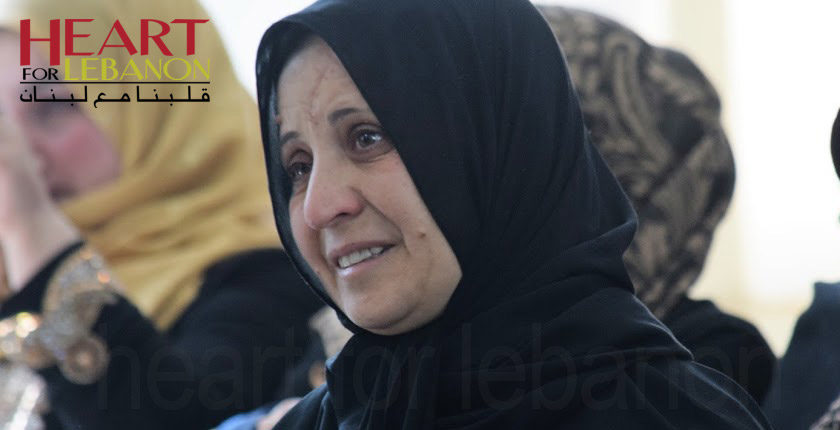 For four months Ahmad has been attending our Worship Gathering in Southern Lebanon. Ahmad’s family are Syrian Muslim Kurds who were forced out of their village due to the war in their country. They have been receiving monthly food parcels from Heart for Lebanon since their arrival to the south. His wife Zahra wanted nothing to do with the Christian faith but Ahmad was quick to believe in Christ as his personal savior and is currently leading a small group of worshipers in his tent settlement.

On Palm Sunday, Ahmad and another 290 refugees who attend our two Worship Gatherings in the Bekaa Valley and Southern Lebanon came to Beirut and had the privilege to attend Glory of Easter – a Heart for Lebanon production telling the story of Jesus from birth to crucifixion to resurrection and then ascension. Nearly 3,000 individuals attended this 4-night production. It took 120 volunteers many months of work to put together this event. It is one-of-a-kind in the Middle East region.

Having nothing else to do and tired of being in a tent, Zahra came along for the ride and for the privilege to be out with her husband.  Little did she know this 14 scene performance would be a life-changing experience for her. Right after the event Ahmad told our South Ministry Coordinator and said “my wife just told me: NOW I BELIEVE, Christ is Lord!”

Enjoying Glory of Easter as a beautiful production was not enough. God’s plan was totally different. He clearly revealed Himself to Zahra as each scene told part of His life’s story on Earth. The dramatic depiction of His crucifixion and resurrection were showing His unconditional love. In her own words Zahra explained how she was affected by His sacrificial love for all and by the power of the resurrection. Seeing that, she now believes that there is no salvation but through Christ.

This experience is at the heart of our mission. We exist to help lead people from despair to hope. What greater hope is there than the hope we have in Jesus!

Refugees from Syria and Iraq come to Lebanon having lost everything and facing tremendous challenges. They come with insurmountable fears and are in need of encouragement and support. Heart for Lebanon meets them at the cross roads of a difficult life journey and we provide the basic necessities for survival – both on the physical and emotional level. We also believe spiritual healing and reconciliation are at the core of life change and are vital to transform a community. This is why we work on addressing poverty on the physical, emotional, and spiritual levels. We are loved unconditionally thus we give unconditionally, we care unconditionally, and we love others unconditionally.

Now not only does Ahmad believe but his wife Zahra NOW believes as well that Christ is Risen, He has conquered death, and He sits at the right hand of the Father judging the world and saving those who believe in Him.

Thank you for believing and thank you for in investing with us in the lives of others; helping them believe!