Responding with the Heart of Jesus 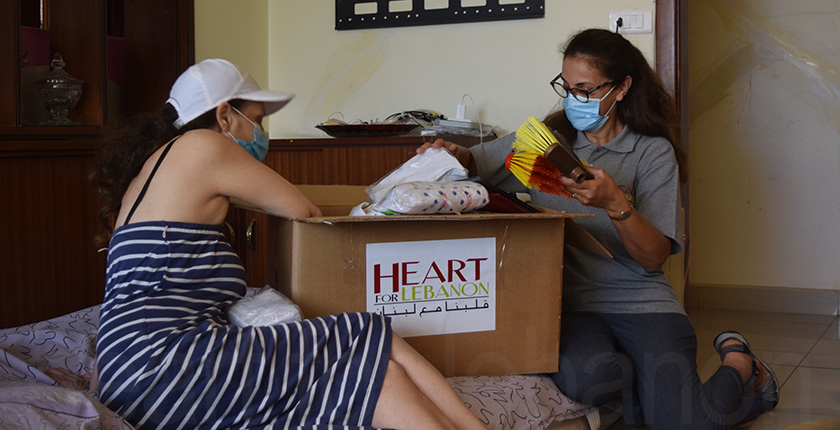 After the explosion that rocked Beirut on August 4, 2020, Heart for Lebanon’s Team decided to help the residents of the affected area by cleaning the mess the explosion caused.

Our staff was joined by a number of volunteers, some of whom were refugee families, that felt led to serve those impacted by the explosion. They split into five groups – each group consisting of staff and volunteers from different areas (the Bekaa Valley, Beirut, and the South). This helped solidify the spirit of teamwork between members of different locations.

During the first day one team cleaned a house near the Lebanese Red Cross clinic and was asked to help the Red Cross clean their area as well. After that an elderly lady asked if our team was getting paid to do this. The answer was no; our teams were not accepting any kind of payment, they only wanted to help those who had suffered from this catastrophe. That gave us the opportunity to tell her who Heart for Lebanon is.

On the second day our team helped a man clean his home. While cleaning he said several times “You have brought a smile to my face. If it wasn’t for you my windows wouldn’t have been fixed until winter.” He asked if he could volunteer with our team to help other families and he thanked Heart for Lebanon a lot for their work.

The team’s cars were parked close to someone’s closed restaurant. The man was very distressed because of all the damage done to his business. He asked if the team could help him as well. So, the next day they showed up to help. They ended up helping him clean his apartment as well which was on the 7th floor of the same building.

Our team found out that he lived alone and so he could not repair the broken windows by himself. He said, “My brother used to sleep here where all the glass fell, and if he hadn’t traveled away the day before the explosion he’d be dead.” He was very grateful as the team finished cleaning up all the glass and debris that had covered his home.

After three days, all of Heart for Lebanon’s staff was very happy to serve all of these people, and more, with the compassionate heart of Jesus. Seeing smiles on the faces of the people they helped brought happiness to each team member, showing them that people from different walks of life with different kinds of personalities all needed hope during this time of despair.

To show support for Heart for Lebanon’s staff and volunteers, visit our Facebook page and leave an encouraging message.