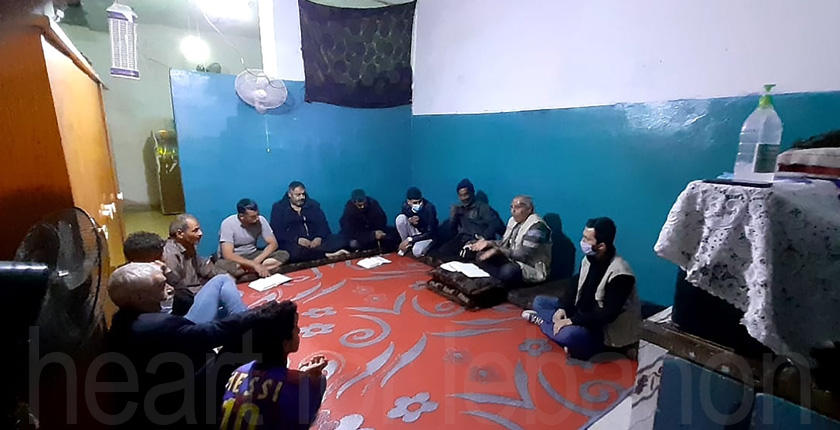 It was 20 years ago, in 2001 that I said yes to something I had no reason to say yes to and today I am proud and thrilled to be a part of.

In 2001 I was a team member of the Billy Graham Evangelistic Association leading the radio ministry of WMIT FM covering portions of 7 states & WFGW AM which covered all of Asheville during the day. My assignment was to update the stations and bring them into the 21st century, and make them profitable.

One of the keys to the success of that assignment, that helped build our audience and exponentially expand the ministry, was our focus on missions; reaching beyond ourselves and leveraging our influence to help other ministries and missionaries locally and internationally. Back then the model we developed was cutting edge missiology.

Because of my belief that leadership development is the only way to grow a ministry, I was given the privilege to teach Biblical Servant Leadership to Christian workers and pastors in the Middle East/North Africa (MENA) region. We used the hub model which made Beirut, Lebanon the leadership training hub for leaders from Jordan, Iraq, Syria and Lebanon.

I said yes to this opportunity with no experience in teaching or international travel. Nor did I understand the culture however, what I did have was some good material from EQUIP Leadership founded by Dr. John C Maxwell and a co-teacher who had lots of experience. I added my own experience to the lessons and for some reason 280+ people stayed with it for 12 years.

Today, I can say some of the people that took this leadership training have changed their world;  in Jordan, Iraq, Syria, and Lebanon. Saying yes 20 years ago allowed me to say yes to be a co-founder of a ministry in Lebanon with Camille Melki.

1. Given me lifelong friends that are changing their world for Christ all over the MENA region.

Many times I have said to myself what would have happened if I had said no? Not only would the opportunity pass me by, but many people would not have the tools they need to do their calling with excellence. Maybe thousands of people would have never found Hope in Jesus Christ.  Saying yes meant that I was open to moving past my comfort zone and embracing a new challenge in a whole new way I was not at all prepared for.

2. Opened up new opportunities and challenges for me.

For me, from that very first trip I was ready to pursue the opportunities that came before me. What I have learned is, by saying yes, you naturally adopt a growth mindset.  I cannot remember where I got this quote or who said it but it fits here: “If somebody offers you an amazing opportunity, but you are not sure you can do it, say yes—then learn how to do it later!”

3. Shown me I had no idea what God had in mind.

What I learned is that Nationals are very capable. They know the culture and what to do; they just need someone who cares and is willing to help them. They need to be encouraged and helped by expanding their thinking with some principles that are true in all cultures. By having conversations that begin asking “What if…” it has helped them to see the possibilities of what ministry can look like. After 20 consecutive years,  by affirming others that they can do “this,” the results have been more than I could ever imagine.

4. Added value to others in the MENA region and created environments where others feel safe to try, fail, learn, and innovate as they work to grow their ministry. It’s exciting to witness the innovation that is transforming people’s lives. What makes it extra special is that they did it their way, not my way or the “American” way.

Because I said yes, this journey does not seem like it’s been 20 years. It seems like I started yesterday.  Then I look at all God has allowed me to be part of with Heart for Lebanon; look at what I would have missed if I had said no.

In response to the 2006 summer war between Israel & Hezbollah, Camille Melki, myself, and others around us saw an opportunity to reach out to the estimated 800,000 displaced citizens around the country in a holistic, unconditional way, employing a different kind of ministry for Lebanon.  Heart for Lebanon was formed and began reaching out to the neediest in the South of Lebanon, the Bekaa Valley, and the suburbs of Beirut.  As these short-term projects came to an end, Heart for Lebanon turned its focus on community development projects, children at risk, and in 2008 the Iraqi refugees started arriving in Beirut in need of a helping hand and a word of encouragement.  The Syrian refugees arrived a couple of years later.

In 2017, Heart for Lebanon took the next step, in part by the requests of the people we serve, by answering their question, “what’s after Bible studies?”

In the Fall of 2017, Hope Evangelical Church was founded in the Bekaa (which has Arabic and Kurdish services) and in the South of Lebanon.  Both churches are designed and focused on developing Muslim-background Believers (MBB) to be disciples of Jesus Christ. Through multiple environments we have developed new inroads that we have never had before to share the Gospel.  Heart for Lebanon is progressing every day towards its goal of “Making Disciples”.

In 2020, in the middle of a pandemic, the ministry grew by 1/3. With the aftermath of the August 4th explosion Heart for Lebanon developed a partnership with 27 churches and 6 Christian Schools in Beirut to help them meet the physical and spiritual needs of the people in their communities.

By the time you read this in 2021, we will have formally launched our Discipleship Development Program. This comprehensive curriculum trains and equips leaders “from the community, for the community” with an emphasis on training leaders from the refugee population we serve.

Regardless of where the refugees will eventually end up (settling in Lebanon, returning to Syria, or relocating to a western nation) this curriculum is meant to send them off committed to a life of discipleship and to disciple others with Jesus Christ as the core of their belief.

The roots of Heart for Lebanon go back 20 years. I had no idea what God had in mind and no idea 20 years later how much one opportunity would change my world. And there is more to come…. I am thrilled I said yes!

So 20 years from now, what will you have said yes to, whose life will have changed because of it, and are you willing to say yes to God to get there?

Exceptional Things Happen When We Pray!
Comments are closed.