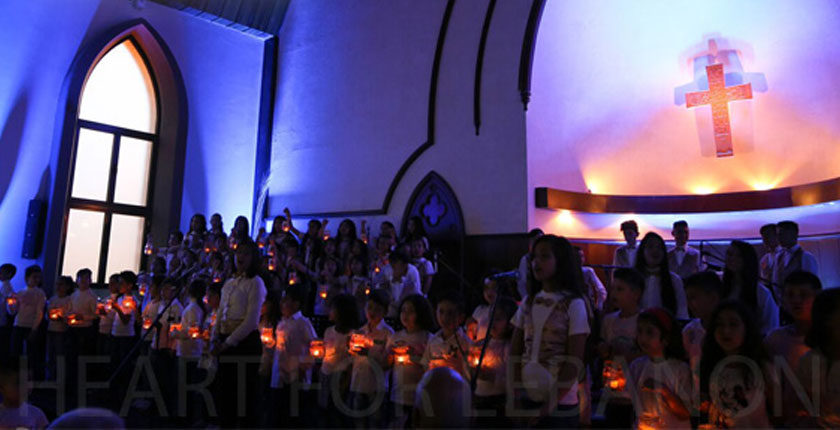 “The Word became flesh and made his dwelling among us.”
John 1:14 might be one of the most quoted verses during the Christmas season. However, it’s not just a saying. The verse states that when Jesus became flesh and dwelt among us, He changed His mode of operation.  Sometimes that’s what we need to do.

Jesus himself said, “I have come to give you a new covenant, a totally new way of thinking and of doing things. The old is gone forever, a new way of looking at life and doing life.” Over and over again Jesus modeled that – the old is gone and from now on there is a new way, a far better way.  He came to be one of us and dwell among us so that those around us, who are hurting and in need, could see Him.

If you miss this, you really have missed the main point of Christmas. Jesus’ birth was the beginning of something brand new, because for the first time in history He physically showed us the right way to view people. This new love gave people dignity and respect no matter their circumstances.

Jesus was born to change our thinking and our actions.  It’s one reason why Christians should be the most generous people around.  Jesus came for the entire human race. Not one single person should be left out.  Because of His example and teachings on how to love unconditionally, the church exploded with uncontrollable compassion and generosity.   So much so, they had to divide the work up among the people. Their love for people was so against the grain of culture that people wondered, “what drives them?” When people found out, they came to Jesus Christ, not by the hundreds but by the thousands daily.

Andy Stanley might have said it best when he said. “At the heart of the Christian faith is this idea: in Jesus, God became one of us and dwelt among us. When it comes to those around us who are hurting and in need, the God who dwelt among us calls his followers to be hands-on.”

Hands-on means to be polite, compassionate, loving, showing respect and unbelievable generosity. This is one reason why we ask our friends and investors to join us in being as generous as possible.  We want to be the hands and voice of Jesus to those living in despair, those who are living below the extreme poverty line, in the country of Lebanon.

At the end of each year our prayer is the same – “Lord, will you show us your favor and let us be an example to the world of honest, accountable, hilarious generosity that will allow us to bring dignity to those who are not loved?”  We hope that you will consider praying for us and financially giving to help these poor and marginalized refugees, and in doing so be an answer to our prayer.

If you would like more specific information on our financial condition at this year-end, please do not hesitate to call me directly.  We are also excited that we have received a four star rating from Charity Navigator and Guide Star. We also have been approved by the ECFA.  All of this shows that we do what we say we do – serve those most in need.

Thank you for allowing us to represent your compassionate heart to the refugee population living in Lebanon.

From the Heart for Lebanon family to yours, Merry Christmas!

The Syrian Refugee Crisis just might be the modern Church’s greatest opportunity – Ever!