What Would You Do? 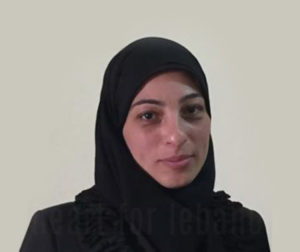 Unfortunately, most Syrian refugees fleeing the war are women and children who are left to fend for themselves. At Heart for Lebanon we have witnessed many cases where Syrian parents are desperate to help their families’ survive.

When Kinaz and her children were fleeing for their lives, she never thought that she would be separated from her husband for three years with no knowledge of whether he was alive or dead. Kinaz and her husband were separated, just like many Syrian families, as they were searching for shelter. Kinaz’s husband, Ahmad, was stuck in their hometown of Darayya, which was besieged by Syrian government forces. “My children and I were forced to be separated from my husband,” said Kinaz, “At the beginning we were able to communicate with him once on the phone but later we lost all communication for 3 years.”

Eventually when the shelling got worse, Kinaz was faced with the decision of leaving Syria and fleeing to Lebanon to bring her three children to safety.  “My youngest son was just a baby when his father went missing, for 3 years he called his uncle ‘dad’,” said Kinaz.

Although Ahmad has reunited with his wife and children, his family still faces many obstacles. Since his return, Ahmad has been very ill due to extreme conditions of starvation that he endured in Darayya.

Today, the monthly supplemental food portion Heart for Lebanon provides this family, is helping them stay alive. Kinaz also likes to pray with our Team whenever she gets the chance. “What I like the most is the prayer time,” said Kinaz, “I often have prayer requests for the Team but my main request is to pray for my husband.”

At Heart for Lebanon we aim at providing a holistic transformation to all those we serve. Today, our Team continues to pray for and support Kinaz and her family spiritually, emotionally, socially and physically.

Please Pray for Kinaz and her family.