Why Should We Serve Muslims? 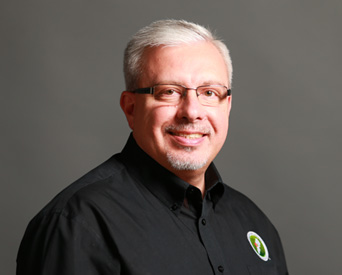 Why Should We Serve Muslims?
By Camille Melki

A distant relative of mine got seriously offended when she learned that we at Heart for Lebanon are serving Syrian Muslim refugees. Despite her 80+ years of age and her decades of life experiences, it is obvious that she has not developed the gift of forgiveness nor the ability to forget the hurtful past from our own civil war. A war in which the Syrian regime was heavily involved.

After long hours of back and forth with my relative, it became crystal clear to me that unless Christ reigns in ones’ heart, anger and hatred in our human nature always overcome love, compassion, and care for those in need. Our hurtful past blinds us to see the present hurts of others.

Here in Lebanon, and I am sure elsewhere in the world, many are asking this one question: why should we care for Muslim refugees? Why should we reach out to Syrian Muslims who once were considered our enemies? This is a difficult question for sure. It is difficult because our memory of wars and conflicts is still fresh and because many of those wars and conflicts were waged in the name of Allah. Many battle related deaths are done in the name of religion and caused by fanatic religious beliefs. We are afraid to care for Muslims.

Our fears can be justified but the problem is that we forget that Muslims – like Hindus, Atheists, and nominal Christians – all have one thing in common and that is they are far away from our Lord and Savior Jesus Christ. Many Syrian Muslims who came to Lebanon have not heard about Jesus before. They have not had the opportunity to learn of His redemptive work at the Cross. They were never made aware of His sacrificial love nor of His victory over death and Satan. Thus the questions that are on the minds of all of us at Heart for Lebanon: if they have not heard of Jesus, how will they change? If they are not confronted with His love, how will their hearts be softened? If they are not discipled how will they accept Him as their personal Savior and declare Him Lord over their lives and the lives of their families?

Every Sunday, 260 refugees meet to worship together at our centers in the Bekaa and Southern Lebanon. Most of those in attendance come from a Muslim background. Their past religion is no longer a factor. What matters now is the One they worship; the Lord of Lords and King of Kings. Islam is their religion of birth – it is the past life they lived. Christ is the One they believe in now and today they live a life of obedience, a life of joy in Him. Muslims they were born but followers of Christ is the life they chose. For that reason, we at Heart for Lebanon will continue to serve those who are in great need, both Muslims and Christians alike. We love them the way Jesus loves them and we pray they will experience His love first hand and that they will decide to follow Him the rest of their life.